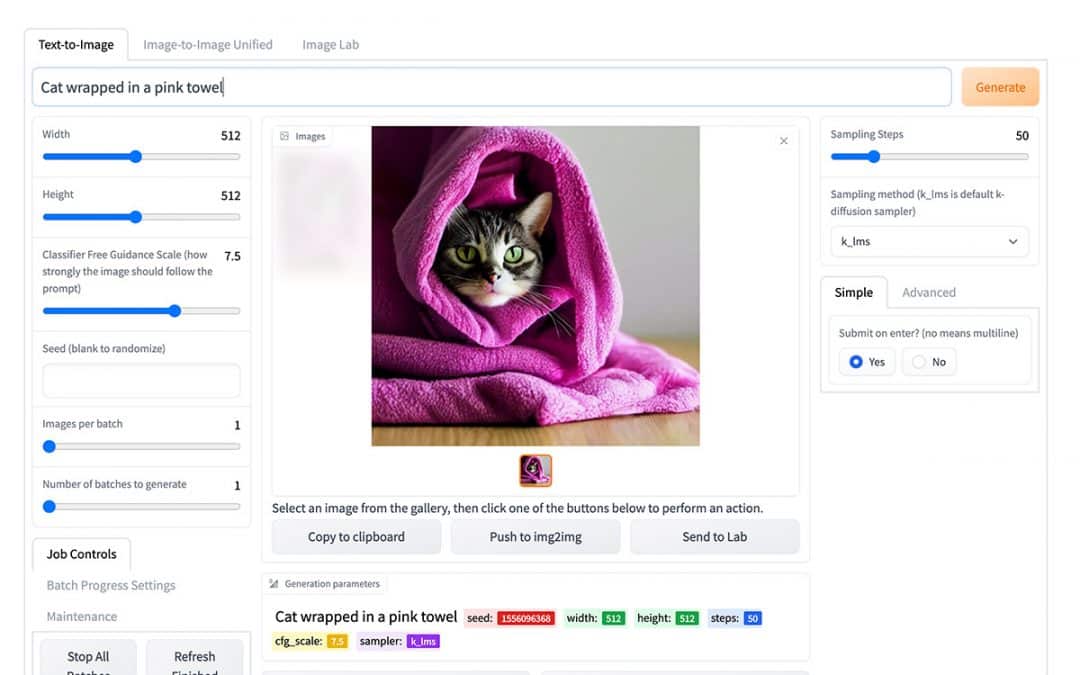 Stable Diffusion is by far the most popular text-to-image creation model following Disco Diffusion which had been leading the charge until then. The AI space has made incredible leap in the last 10 months since I got started with it, the growth has been exponential and as such many cloud GPU providers have stepped up their game.

JarvisLabs.ai has been around for some time and you can rent GPU time to run different AI models via their platform. However, lately they have introduced a ready to go Stable Diffusion instance which as the Web UI implemented so you don’t have to tinker with technical code, big model files and setup (or troubleshooting).

Disclaimer: JarvisLabs.ai is a pay by the hour service, it is not a subscription where you can unlimited access to GPUs at a fixed fee. I am exploring alternatives and future posts will cover this.

I have played around with this quite a bit and enjoyed having the fast GPU that is big enough to produce large images. Once you have launched your instance, right click on the Play button and choose the option API Endpoint.

The UI is very easy to use, enter the prompt, adjust the size and CFG (Classifier Free Guidance) scale and click on Generate. I always increase the CFG from default of 7 to higher number but under 20. Sampling steps default of 50 is generally enough for a good result.

JarvisLabs.ai provide some useful documentation on Stable Diffusion so you can always refer to this for latest info.

I actually started with JarvisLabs.ai well before I started using Google Colabs so I was used to paying for hourly usage of GPU time. Recently when I discovered that they have standard Stable Diffusion instance available ready to go, I have spent many hours playing in there and creating images. Here are a few samples: